I’d made arrangements to spend our first two days in the city with a total stranger. Yasser arrived a few minutes later, backpack in hand, bluetooth speaker booming. 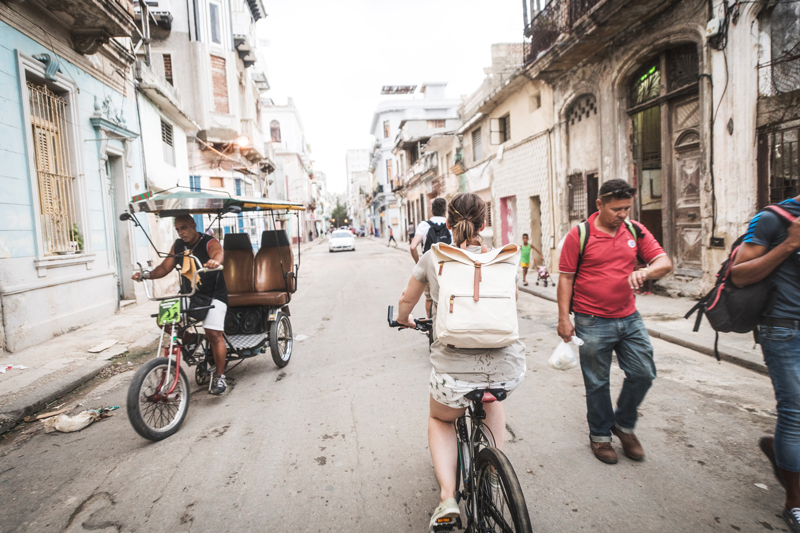 We landed late, touching down well after dark. Sleep deprived and probably a little bar cart(ed), it was a slow roll through customs and then outside onto the curb where we caught something resembling a cab. It wasn’t. The streets were silent. Few lights. No people. A saw tooth skyline both colourful and crumbling. This is Havana.

I’d made arrangements to spend our first two days in the city with a total stranger. We met him outside the tourist district, a house with a shop around back. We opened the gate and walked in. Yasser arrived a few minutes later, backpack in hand, bluetooth speaker booming. A software developer turned entrepreneur, he represents the new Cuba. The rules on private business changed in 2011, paving the way for restaurants, barber shops and tourist-facing endeavours like his, Citykleta.

Yasser had sent us maps and music by email weeks earlier. Helpful in a country where you’ve got to gather in city squares to buy wifi. And over 48-hours, he’d show us everything from street art to Spanish colonial, with just a hint of Santeria. By bike

He isn’t a tour guide. Yasser‘s the friend who ditches work when you come to town. We talked about the city, it’s present, it’s past, a future shaped by the ‘weekly package’. He helped us peel back the layer put in place for tourists.

Riding single file alongside jewel toned American classics, Chevy’s, Buick’s, Ford’s, Yasser brought the real Havana to life. We stood in Plaza de la Revolución. Cruised the Malecon. Explored Vedado. We brunched in a converted house. Sampled sorbets in Habana Vieja. And raised a glass in, well every spot we stopped at. We also rarely lifted our cameras because we were too busy talking and taking it all in.

When the buildings started to blur together, Yasser took us deeper into Havana’s heart – the enchanted forest. Once the centre of the city’s industrial economy, it’s now largely abandoned. Candles lay forgotten on a bed of leaves, a sign that babalawos have made this place their own. I see Yasser was scanning the area for animal sacrifice. Nothing. Thankfully.

It was an easy couple days. I’m by no means a bike enthusiast, but I adapted easily to the freedom it offered. We rode around traffic snarls, stopped often to chat about a landmark and simply went where cars could not. Yasser’s a central figure in Havana’s emerging cycle community and an advocate for the alternative lifestyle is represents. In his words, a bicycle is all you need.

When we finally said goodbye, it was with a long list of – you gotta go here’s – starting with plans to meet up at Fábrica de Arte Cubano that night. We never found Yasser, but the collection of modern art meets performance was unmatched, and the mojitos, deadly. We wandered from room to room with paintings, mixed media and sculpture. A man played the accordion. And in an upstairs corner, a photographer invited guests to participate in a future work. We really should have written down his name.

From there, every day brought new experiences. And caffeine. There was El Dandy in the Plaza del Cristo with coffee in the morning, cocktails in the evening, and the only eggs we’d see for nine days. Pancakes with papaya at El Cafe. And Cafe Archangel, with reserved parking for Elvis. True story.

We credit Yasser with a trip to Plaza del Cristo for an authentic Cuban meal. The ‘restaurant’ was on the second floor of what appeared to be an abandoned apartment building. The front door was open, the lobby dark. Light from above shone down the stairs, and at the top, tables lining the – hallway. The food was good, cooked in family kitchens behind closed front doors. And the company – locals only.

We spent nine days in Havana. And did the things you’re supposed to do. We went to the artisans market, cruised the city in a vintage t-bird and got yelled at by a cigar smoking tourist attraction. Well, that last one was just me and his likeness now hangs in my apartment. I’m not sorry. But those first two set the tone. They unlocked parts of the city that most visitors never see. Not hidden. You just need two wheels to get there. 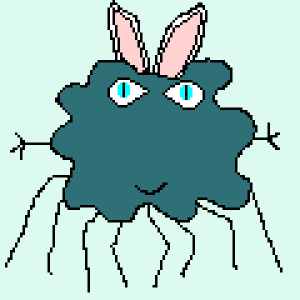 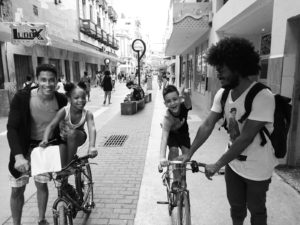 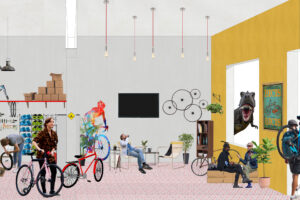 The Citykleta Pop-up! Spreading love for cycling in Havana 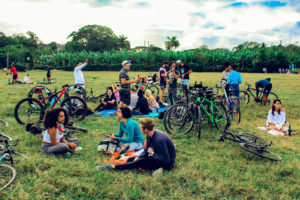 Allison February 1, 2021
Read More »
Citykleta is temporarily closed until it achieves the status of a Local Development Project.

As a non-profit bicycle project, we urgently need to adopt the form of PDL to obtain a space and channel resources that allow us to revive activities, classes, services and initiatives designed for residents of Havana. Meanwhile, Citykleta and the citykleta.org website are under construction. Wish us luck :)

Please close this pop-up window to view our website.